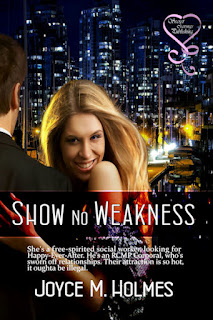 1.  How did you make the decision to become a writer?

I have always loved to write, but for many years raising kids and making a living took most of my focus.  When I turned 40, I decided it was time to do something for myself.  I'd always wanted to write a book.  So I did.  It wasn't the best, but I continued to learn the craft and have since written several more.  I hope I'm getting better.

2.  Who is your favorite author?  Favorite book?

I'm one of those people who read across a broad spectrum of genres.  I could never pinpoint a single favorite author or book.  Some authors I enjoy are Ken Follett, Jean Brashear, Dan Brown, C.J. Carmichael, Julie Cohen, Robert Ludlum, Carly Phillips.  I could go on and on…

3.  Where do you get the inspiration for your stories?

Everywhere.  Sometimes from a snatch of conversation, sometimes a song or something I heard on TV.  Once the seed is planted, it has to germinate for a while before I really know what direction it's going to take.

4.  Do your characters come first or does the plot come first?

Usually the plot.  But as the characters come to life, the plot sometimes takes some unexpected detours.

5.  Have you ever fallen in lust… I mean love with one of your characters?

I fall in love with all my heroes.  If I didn't find them irresistible and sexy, I could never convince my heroines to fall for them.

6.  When it comes to your sultry sex scenes – where do your ideas come from?

My characters think about sex, they talk about sex and they do actually have sex, but the scenes themselves tend to mostly happen behind closed doors.

7.  Have you ever been turned on by something you've written?

8.  If you had the opportunity for a one night stand with one of your characters who would it be and why?

I don't think my hubby would approve, lol.  But since it's make-believe, I'd likely have a go with any of my heroes.  They're all pretty hot.

9.  Tell us about your current novel.

My new (and first) release is titled Show No Weakness.  It tells the story of Cole, an RCMP officer, and Joely, a child social worker.  Joely is a single mom of a teenage son and she's warm and caring and wants to help heal everyone in need.  Cole is definitely in need.  He just won't admit it, not even to himself.  Years after his daughter's death, he's still overwhelmed by feelings of grief and guilt, and the only way he can deal with these emotions is by hiding from them.  Joely falls hard for this wounded man and they face many struggles, both together and on their own, as she uses love to penetrate the armor around Cole's heart.

10.  Is it a stand alone story or part of a series?  If it's a series what can we expect in the next chapter?

It's a stand alone, although I really do want to tell (Joely's coworker) Maggie's story one day.  I just haven't figured it all out yet.

11.  What can we expect from you in the future?  Any new books in the works?

I have a story that's just about ready to submit.  It's less of a family drama than Show No Weakness is, more of an office romance, of sorts.  After that one is off my hands, I'll take a look at the other stories I've written and decide if I want to dust any of them off or if it's time to write something new.  Maybe Maggie's story.