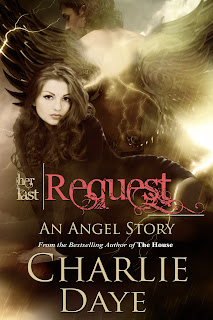 Posted by Charlie Daye at 8:25 AM No comments:

Print copy is on sale now!! 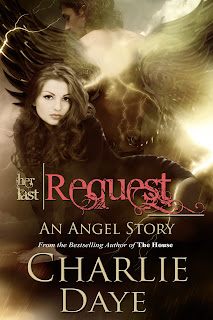 A Note from my Editor

So, I sent The Breeders over to my editor for the first round of edits and she calls me up laughing almost hysterically... she says "Charlie, I just finished reading the first sex scene in the book and i have to admit it is by far the best sex scene you've ever written and you have written some good ones!" LMAO! So there you have it guys.. the sex is better this time around! :D
Posted by Charlie Daye at 8:41 PM No comments:

Final count down for the release of my next book!
5 days to go... are you ready?

Posted by Charlie Daye at 8:44 PM No comments: 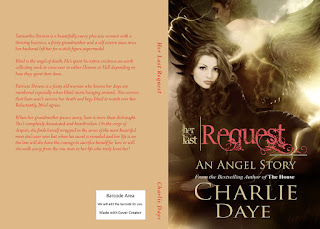 Posted by Charlie Daye at 8:17 PM No comments:

A little treat for those of you that have been waiting for the next installment of The Portrait....Chapter 1France 1835Adrienne sat next to Luc’s body holding tightly to his lifeless hand. He had only been dead an hour and his skin was still warm to the touch. With tears running down her cheeks, she turned her attention to the other woman in the room, a voodoo priestess named DeLuca. DeLuca had been stolen from her native land of Jamaica in 1830, four years before the abolishment of slavery. She was a beautiful woman with skin the color of milk chocolate and a very voluptuous body. Her high cheekbones accentuated her almond shaped dark brown eyes, making them look more alive than they already were. Her jet black hair was wrapped up in a turban on her head. She had been working for Adrienne’s family since her capture and she and Adrienne had become great friends.
“Are you certain this will work DeLuca?” Adrienne asked sniffling.
DeLuca smiled sadly at Adrienne and stroked a knuckle down her face, “I swear it Adrienne. Is that the most recent portrait of your brother?” She asked referring to the oil painting leaning against the wall.
Adrienne nodded, “Oui.”
DeLuca nodded her head, “Then it will work exactly as I said it would. We will trap his soul into the portrait and when his one true love lays eyes on his face and reads the incantation that we will attach to the back it will call forth his image from the portrait and he will live once again.”
“Do you think it will happen in our lifetime?” Adrienne asked hopeful.
DeLuca marked Luc’s head with a cross made out of chicken blood then placed a gris gris in his free hand, “I don’t think so mon ami his love in this life has already left this world. He will have to await her arrival in the next.”
The tears began to fall freely down Adrienne’s face again, “So, I will never see my brother again?”
“No, no,” DeLuca clipped. “I’m throwing in a little extra power to make the portrait a means to travel back and forth between our time and whatever time your brother awakens in. That way he may come back if he chooses to.”
Adrienne’s face brighten, “Oh thank you DeLuca!”
Deluca smiled, “Are you ready mon ami?”
Adrienne placed a small kiss on Luc’s cheek before pulling away from him, “Oui mon ami. I am ready.”
Posted by Charlie Daye at 7:20 PM No comments:

I have just finished writing this book and it is on its way for editing! Hooray! 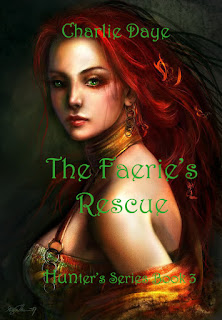 Posted by Charlie Daye at 9:48 PM No comments:

Join me in welcoming Stacy Rourke to my page, voted 2012's Teen and YA author of the year! Her Gryphon Series is a laugh out loud YA action series about a young girl destined to save the world and the sidekicks who've got her back!!

All 18-year-old Celeste Garrett wants is to head off to college and make those fun, yet ill-advised, choices college kids are known for. And maybe to spend some time with the hot cameraman she just met. Instead, because of a pact her ancestors made in the 17th century with a mythical creature, she has to save the world.While normal kids are slamming energy drinks and cramming for exams, Celeste will get her adrenaline rush fighting a fire breathing dragon. She wants to meet friends in the quad to exchange lecture notes, but first she must exchange blows with a shapeshifting demon on the rooftop. Life isn’t always fair for a superhero, but at least she doesn’t have to do it alone. With her brother and sister as sidekicks, they alternate between saving lives and getting on each others’ nerves. Together the trio encounters unspeakable odds, mystical forces and comes face-to-face with an image that will haunt them forever—their grandmother in a leopard print bikini."Okay, little side note here. If a psychopathic killer asks if you want to see a trick, say no. That’s the smart thing to do. I, on the other hand, responded, 'Bring it'."-excerpt from THE CONDUIT

Whether she likes it or not, eighteen year old Celeste Garrett has come to terms with being the Chosen One. She knew having a “normal life” would be tricky, between intense training sessions and epic demonic battles, but she didn’t know at what cost it would come. That is, until a dear friend is harmed by the malicious forces hunting her. Now, she’d like nothing more than to retreat into a hermit lifestyle to prevent anyone else from getting hurt. But startling revelations, amazing new abilities, and mortifying moments in front of insanely hot guys won’t allow time for that. Soon, Celeste finds herself surrounded by darkness and wondering who she can trust—if anyone.

http://www.amazon.com/Sidekick-Chronicles-Gryphon-Novella-ebook/dp/B0099S7J9O/ref=pd_sim_kstore_2
Celeste isn't the only member of the Garrett family whose life changed when destiny called. Every sidekick has their tale and in this Gryphon Series short the spotlight is turned on Kendall, Grams and even Gabe. Get an inside look at the hilarious stress that goes along with being a...sidekick. Sidekicks...ya can't live with 'em and you'd probably die horribly without 'em.

Young Adult and Teen Reader voted Author of the Year 2012, Gryphon Series voted Laugh Out Loud Series of 2012. Stacey Rourke is the author of the Gryphon Series. She lives in Michigan with her husband, two beautiful daughters, and two giant, drooly dogs. Stacey loves to travel, has an unhealthy shoe addiction and considers herself blessed to make a career out of talking to the imaginary people that live in her head. She is currently hard at work on the continuations of this series as well as other literary projects.Visit her at www.staceyrourke.comFacebook at http://www.facebook.com/pages/Stacey-Rourke/or on Twitter @Rourkewrites
Posted by Charlie Daye at 9:33 AM 2 comments: