For a limited time books 1 and 2 in my Hunters Series are both on sale for $0.99. Get yours today as these prices won't last long! 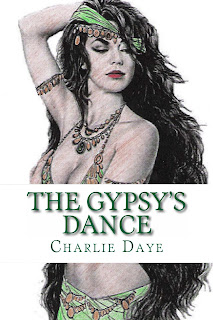 Get your copy today!!!

Amazon.com
Posted by Charlie Daye at 10:52 AM No comments:

Please email me to claim your prize!
*Please note*
You'll have 48 to hours to contact me before we select another name.

A big thank you to everyone who stopped by during the hop! Make sure to keep an eye on my website, my FB page and my twitter page for upcoming giveaways!!!
Posted by Charlie Daye at 9:22 AM No comments: 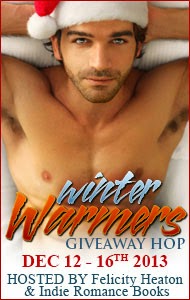 
a Rafflecopter giveaway
Posted by Charlie Daye at 12:01 AM 22 comments:

Hi guys! Gotta a giveaway going on over on my page right now celebrating my 700 likes benchmark - prize is winner's choice! Come join the fun! The Raffle will be open until next Sunday.


FaceBook.com/Charlie-Daye
Posted by Charlie Daye at 5:05 AM No comments:

Over the course of the next several weeks my books will be removed completely from the allromanceebooks.com website and from the Barnes and Noble website (However the print books will remain available for purchase through Barnes and Noble). This is primarily due to Amazon offering me better advertising options and the fact that most of my sales do come from amazon.com. I apologize for any inconvenience this may cause my nook users.
Posted by Charlie Daye at 1:45 PM No comments: 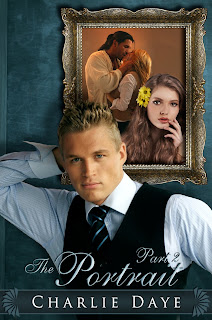 When Luc and Anika decide to leave the present behind to spend sometime in the past, Adrienne immediately jumps in to help Lizzy run their antique shop. What she wasn’t expecting was to be kidnapped by Tony.With Anika missing for over a month, Tony decides to take drastic measures and kidnap the young French woman who’s been working in her place. With enough motivation he’s hoping that he’ll learn everything he needs to know about where Anika went and how to get her back.

The Reston house is in turmoil. Luc and Anika return to help with the search while Lorenzo and Will exhaust the resources at their disposal. As a last ditch effort, Anika suggests using magic to find Adrienne forcing Luc and Lorenzo on a journey to the past to find the only person with magic strong enough to bring back the woman they all love.


“Are you sure you want this… me?” Lorenzo asked one last time. “Because you have stolen my heart Adrienne and I won’t let you leave with it.”

Adrienne sat up on her elbows making Lorenzo push back further from her. She reached one hand up to his neck and brought his face down to hers and kissed him reverently on the mouth, “Je vous aime Lorenzo.”

Lorenzo shook his head and smiled, “I’m sorry Adrienne. I don’t know what that means.”

Adrienne chewed her bottom lip while trying to remember the proper English translation. When it finally came to her she grinned, “I love you Lorenzo.”
Posted by Charlie Daye at 3:17 PM No comments: