Hello my lovelies and Happy Halloween! Today,  I am so excited to share the interview I had with the characters from CE Black's book, Cursed Desires. It's a hot steamy read that's just right for your Halloween night! 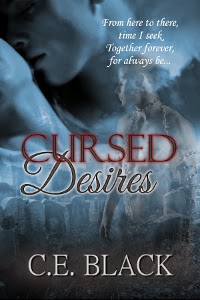 Hi guys! And welcome. So tell me Kara, Gabe how did you guys meet?

“At a bar,” Kara said at the same time Gabe said, “Blind date.”
They looked at each and Kara rolled her eyes before turning away. “This is a long standing argument between us,” she said. “But I’m right. It was just a chance meeting at a bar. At least for me. My friend, Melissa invited me out for a girl's night at a local bar. We’d had a couple of drinks when Gabe walked in with some other guy. They came over and starting hitting on us pretty hard...”
“Whoa,” Gabe interrupted. “That’s not how it happened. A buddy of mine at work invited me out to a bar, but I said no, ‘cause that’s not usually my thing, but then he tells me he has this date and the chick refused to show unless he brought someone for her friend. Now, I normally would have a few choice words, but I was feeling generous and a beer did sound good. So we go into this bar and he points out the girl and next to her is this beauty.” Gabe put his arm around Kara’s shoulders and pulled her in for a quick kiss to her cheek causing her scowl to be replaced by a soft smile. “And,” Gabe continued, “The rest is history.”
“That’s not how I remember it,” Kara argued. “And I wasn’t aware of any blind date. I was just there to have a drink with my friend. You just happened to show up looking too yummy for your own good.”
“Is that right?” Gabe leaned in and nuzzled her neck, effectively ending the argument.

Have you always been open to bringing others into your bed or was it something that happened on accident?

“Well, we’ve only tried it one other time and it didn’t work out so well,” Kara said and laughed. “Gabe wanted to see me with another woman, but I’m just not attracted to women that way.”
“Unfortunately,” Gabe piped in and laughed when Kara elbowed him in the ribs. “We’ve always been open about our fantasies,” he continued. “So it’s natural for us to try something new every once in a while.” 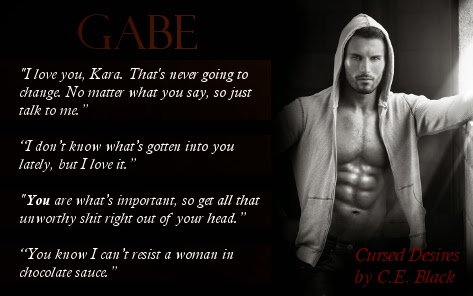 What made you decide to bring Will into your inner circle?

“Will just weaseled his way in,” Gabe said, shooting a grin at Will. “He’s a great guy and we hit it off right away. And I’d have been a fool not to see the attraction going on between the two of them,” he said, gesturing to Kara and Will. “It also didn’t hurt that seeing my wife being pleasured by myself and another man was one of my top fantasies. It’s just hard bringing something like that up. When the opportunity presented itself, I was ecstatic.”
“But we both knew Will was something more than a passing fantasy,” Kara added.
“True,” Gabe said. “I never saw him that way. Once we let him in, we hoped he’d be there for good.”
“I’m just glad for the invite,” Will said, grinning at the couple.

Will, what was the first thing that crossed your mind when you saw Kara and Gabe?

“Which time?” He asked, chuckling.

How about the first time?
“Well, I saw Kara first and I was immediately taken with her. I mean, come on, she’s beautiful, isn’t she? But it was more than that. I had this pressing need to be close to her, and I admit, I couldn’t help but reach out and touch her. I shouldn’t have, I know, but the need for contact was irresistible.”
“That was you who brushed my cheek?” Kara voice held just a hint of surprise. “I should have known that wasn’t a bug.”
Will nodded, his smile shy as he continued. “When I noticed Gabe, I have to say I was a little disappointed to see Kara was taken, but I was a ghost, what could I offer her? I dismissed it and decided to follow them, the connection only growing stronger. And I have to say, after watching them interact, I even began to like Gabe a little.”
“Thanks a lot,” Gabe said sarcastically. “I like you a little too.”
“Yeah, yeah,” Will said. “You know you love me.”
The two men teased good-naturedly as Kara rolled her eyes.

Why did you decided to start communicating with them?

Will let out a breathy chuckle. “Wow, that’s a hard one. I don’t know if there was any one thing, but the more I watch, the stronger the connection grew. And I knew Kara was beginning to freak out a bit.”
“Ya, think?” Kara asked, sarcastically
Kissing her gently on the forehead, Will laughed softly.  “I couldn’t keep scaring her like that. I needed her to know she was safe with me.” 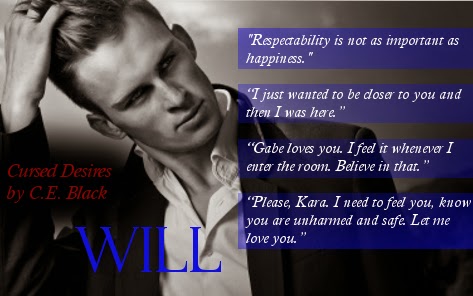 “Yes and no. We were already so close, but I was surprised Gabe would share Kara in such a way. Not that I’m complaining,” he laughed. “And I do understand now. I think it’s moved beyond sexual fantasies. This is a real relationship. One I hope lasts forever.”
Kara leaned over and kissed Will on the cheek before swiping under eye to catch a stray tear.

Have there ever been any awkward moments, Kara, where you’re having sex with Will and Gabe walks in? Or vice versa?

“No. We’ve had times with just two of us and usually the third is sensitive the that need for alone time.” Kara grinned wickedly, “Though sometimes, the other joins in. We’re trying to make this relationship work and it won’t work if there is continuous anger and jealousy. Communication is the key, always.”

The scene in the second story, Watch and Wait, where you guys are having sex outside and staring in the window at Gabe, were you ever concerned that someone other than Gabe might see you?

“Of course,” Kara said. “That was the point. Knowing anyone could walk around that corner and notice us was part of the fantasy. It was highly unlikely,” she shrugged. “But possible all the same and only made it feel even more wicked.

How hard was it to choose between sacrificing yourself or stay with those you loved?

Will sighed. “I’m not going to lie. That was hard. But I would do it again in a heartbeat to keep them safe.”

Where do you see this relationship going in the future?

“The possibilities are endless,” Kara replied, with a cheeky grin. 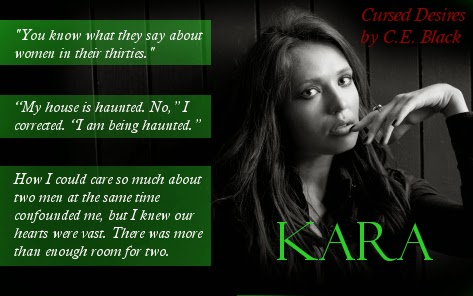 Do you think there could be a HEA for the three of you if you stay together? Any plans on having Will move in permanently?

All three nodded as they looked at one another. “We already have it,” Gabe said and smiled brightly, “Will has already moved in with us and we’re taking this relationship seriously.”

I loved both the stories that Ms. Black shared with us about you guys. Are there any chances of more stories in the future?

The three looked at one another and Kara gave a slight shrug. “Maybe. I like the idea of our story being written down. And,” Kara continued with a playful wink, “There is a lot more story to tell. I guess it just depends on how interesting that story will be.”
“I’d take a guess that it could get quite interesting,” Gabe’s deep voice drawled as his nuzzled Kara’s neck, making her gasp.
“I completely agree,” Will said, leaning in to kiss the other side of her neck, stealing any further words on the subject. 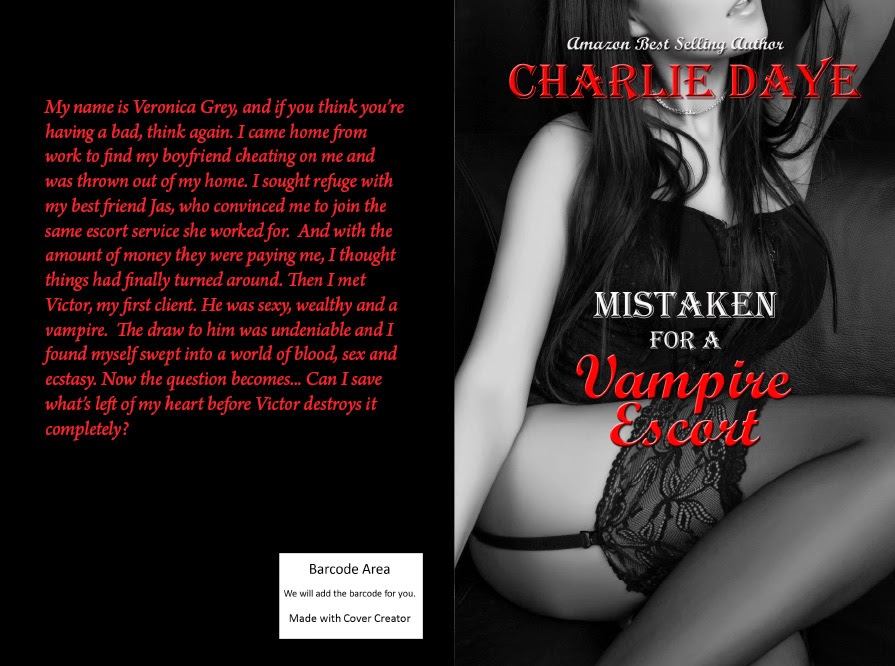 Posted by Charlie Daye at 2:51 PM No comments:

My one and only contemporary romance (as seen in the Dreams and Nightmares Anthology) is now yours for the taking! Available exclusively for $0.99 at Amazon.com 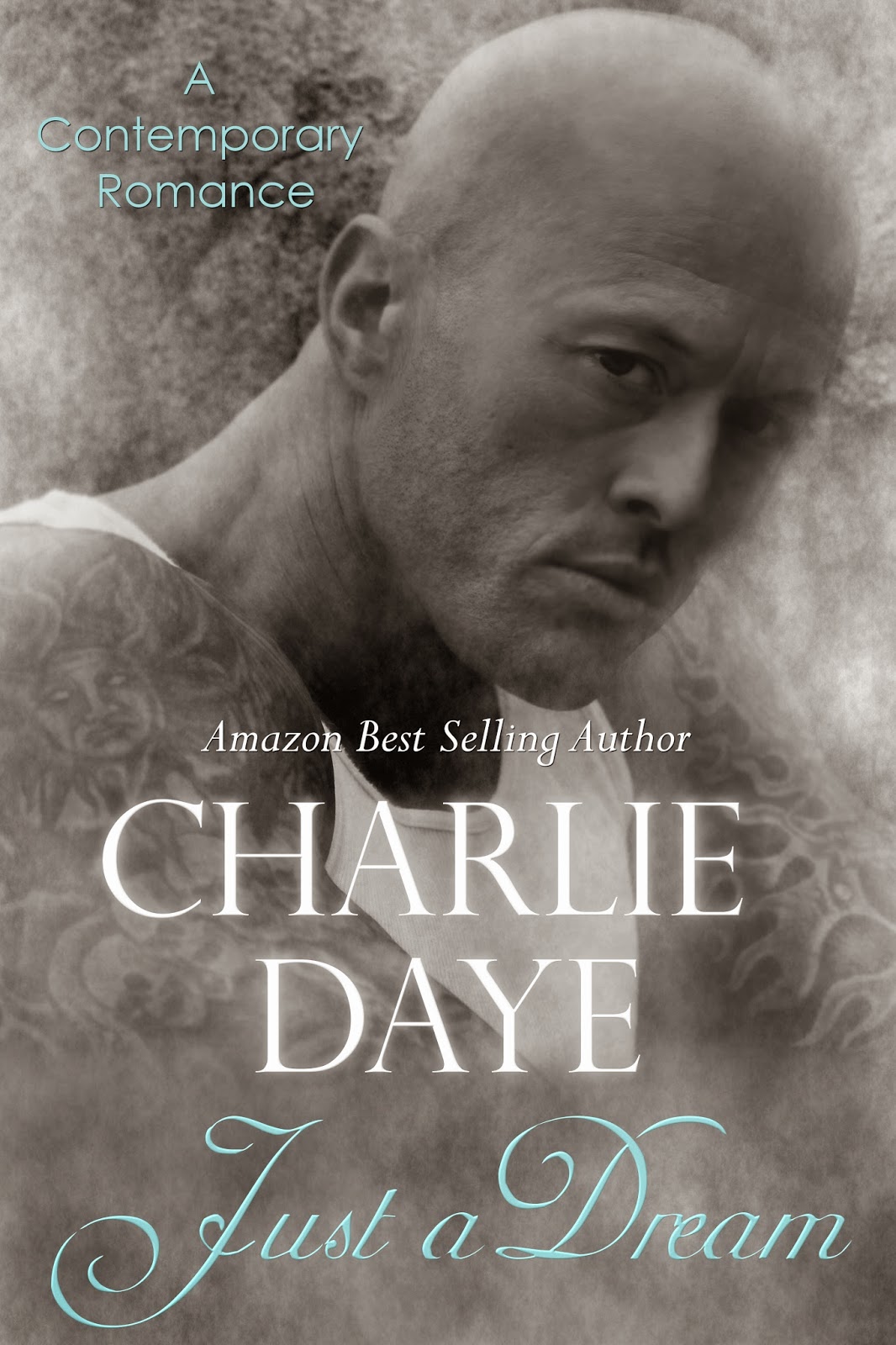 Posted by Charlie Daye at 2:48 PM No comments:

FREE for a Limited Time

The first book in the Hunter's Series. 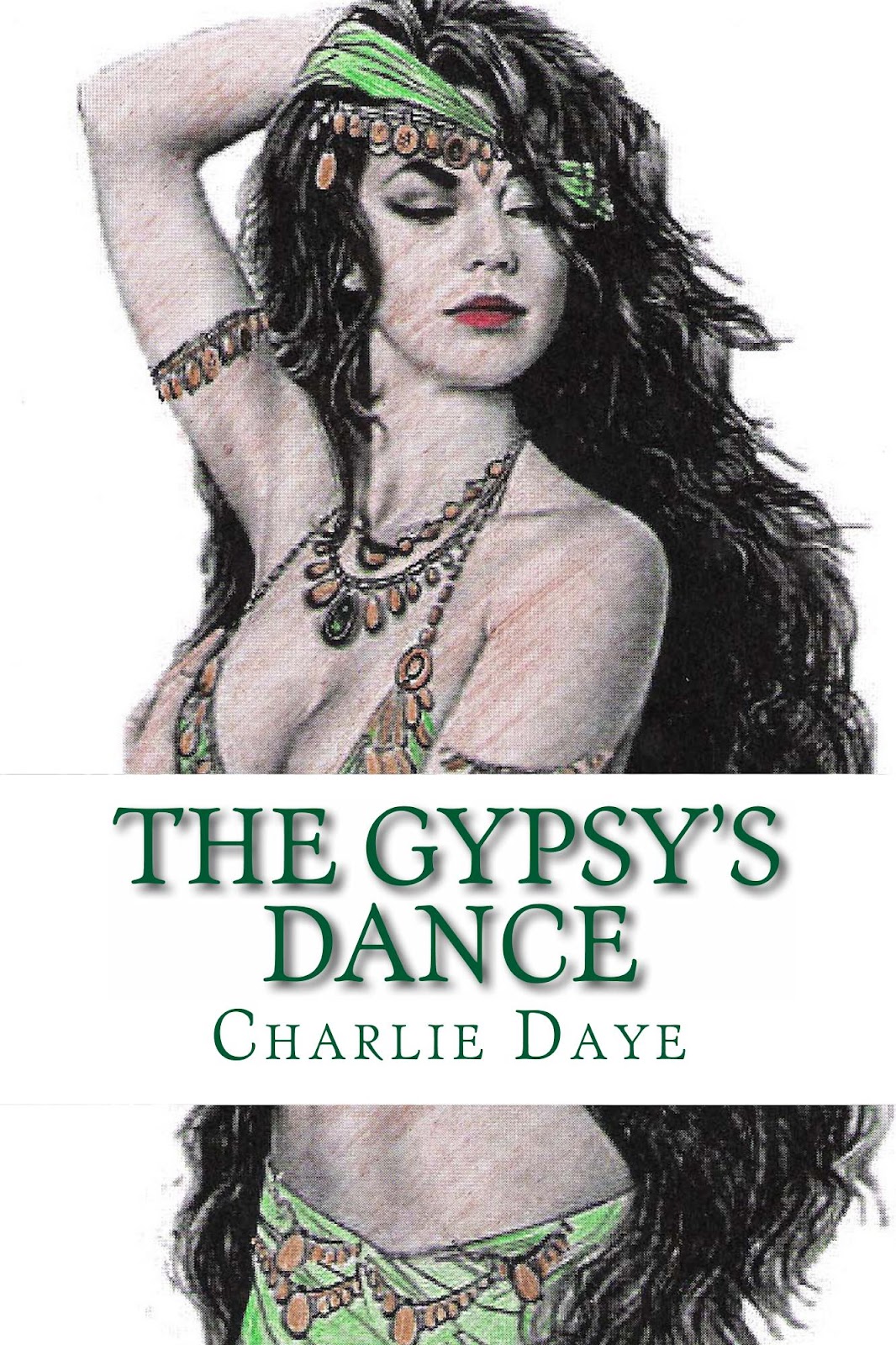 Posted by Charlie Daye at 6:48 AM No comments: